View our Full FetchBoy Ultimate One Time Licence Profile Below

FetchBoy Ultimate combines the ease of use of FetchBoy Home, the feature rich toolset of FetchBoy Pro and all the tools you need for the recovery of data from complex RAID-systems as well as their reconstruction.
A Hexadecimal viewer analyses partitions and disk so that you have the information you need to set configurations. The embedded RAID-Builder tool means you can quickly and easily work on RAID storage of any level. It allows you to build, edit and save virtual RAID configurations and build RAID-system from disk images as well.
A VIM-Import function allows you to import Runtime Software virtual images files making it even easier to edit RAID configurations. You will also be able to determine and change parameters like the start sector, drive order and block size.
RAID configurations can be saved and downloaded for later operations and FetchBoy Ultimate automatically loads of certain standard RAID configuration types.
Additional Key features
Embedded RAID recovery
FetchBoy Ultimate easily handles both simple RAID configurations such as stripe set - RAID level 0, Span, Mirror - RAID level 1 and complex RAID such as RAID 5 and RAID 6. The RAID-on-RAID feature allows you to build RAID configurations of high complexity such as RAID 50, RAID 60 etc.
NAS Recovery
The embedded RAID Builder is an ideal tool for NAS recovery. FetchBoy Ultimate recognises RAID metadata on NAS drives and assists in virtual RAID reconstruction. It automatically specifies drives order, RAID level and stripe size. Among supported NAS models are the most popular devices such as Buffalo Technology (TeraStation, LinkStation), Iomega, Synology, LaCie, Intel etc.
Support of disk images and virtual disks
FetchBoy Ultimate operates virtual disks and disk image files exactly in a way as if they were physical disks and allows to access or recover lost data from disk images and virtual disks. You will be able to open disk images and virtual disks produced by VMware Player, VMware Workstation, Microsoft Virtual PC, Microsoft Hyper-V and Parallels Desktop.
Recovery after file system format
FetchBoy Ultimate allows you to analyse previous file system formats. If there has been file system damage the software detects all the possible file systems so you can decide which to recover.
About the One Time License
The "One Time' licence allows you activate FetchBoy on a single computer. The activation will last for 30 days which is plenty of time for getting data back. This means you are only paying for FetchBoy when you need it.
Your Licence Key will be emailed to the address that you register. Please keep this Licence Key as you will need it to activate FetchBoy and recover your lost data. The "Easy Activation Guide" explains how to activate FetchBoy.
If you change your Operating System and/or hardware, you will need to buy a new licence.
You are agreeing to buy a licence for FetchBoy Pro edition. For the full End User Licence Agreement (EULA) click here. 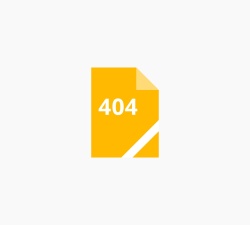 Softwarecoupons.co offers the Biggest FetchBoy Ultimate One Time Licence Software Coupons! Click on the blue Deal button on the right to Activate our special coupon!.